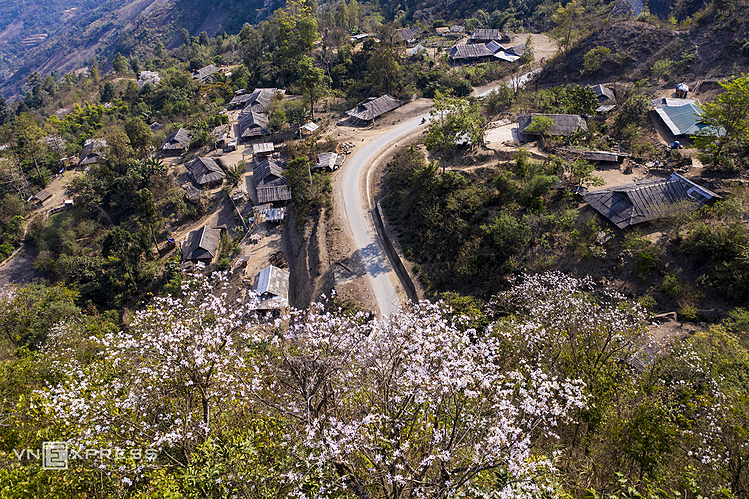 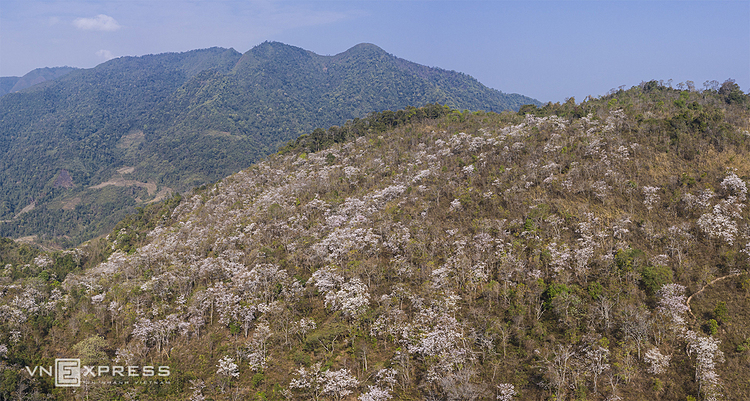 Driving up Chieu Ly Village in Muong Cha, an upland district in Dien Bien at this time of the year, one can see a forest of Bauhinia flowers blooming in white color. 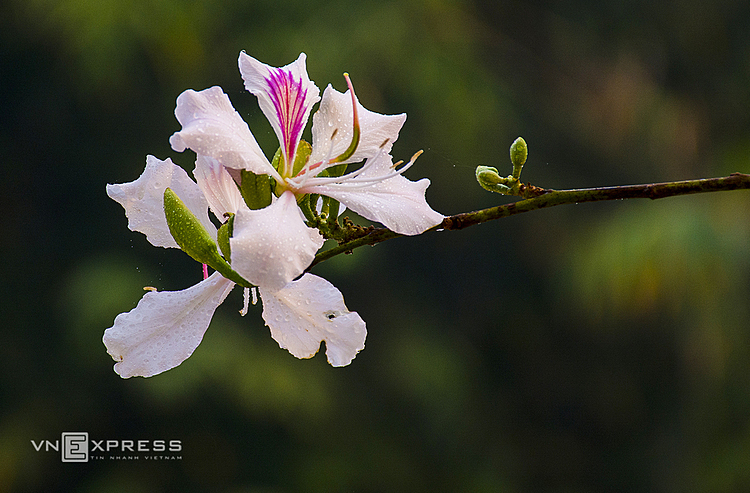 Bauhinia flowers do not carry a heavy scent, with each decorated with 4-5 petals. 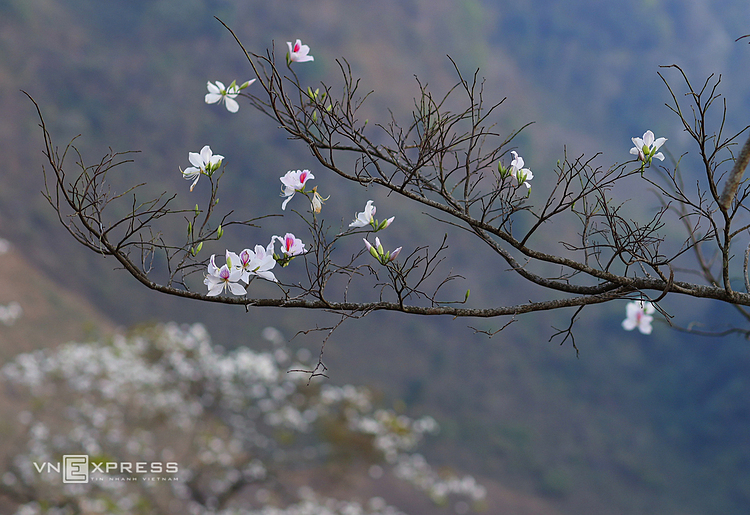 Local legend has it that in the northwest there was a beautiful girl named Ban, blessed with a voice that could make any boy fall in love. However, she had a crush on Khum, a good hunter and farmer.

Overhearing her father discussing betrothing her to a rich man’s son, Ban left home to find her lover, but without success. Finally, she died of exhaustion and turned into a white flower locals call Ban or Bauhinia – a symbol of faithful love. Khum, who eventually passed away, turned into a lonely bird. 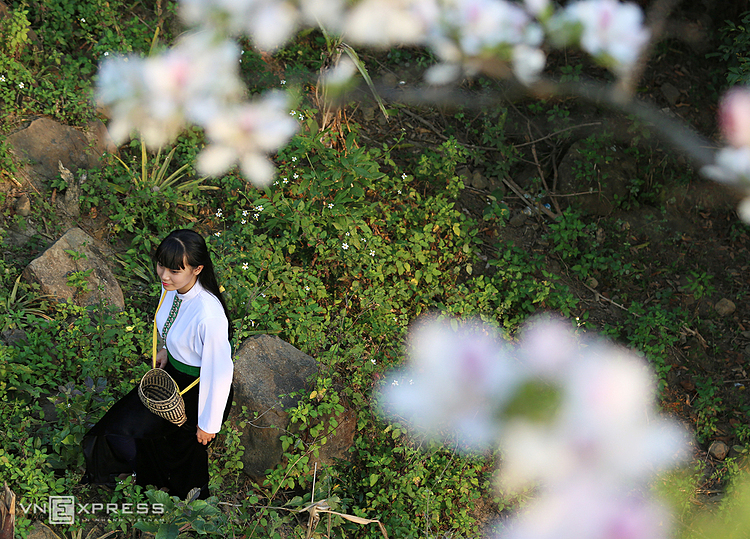 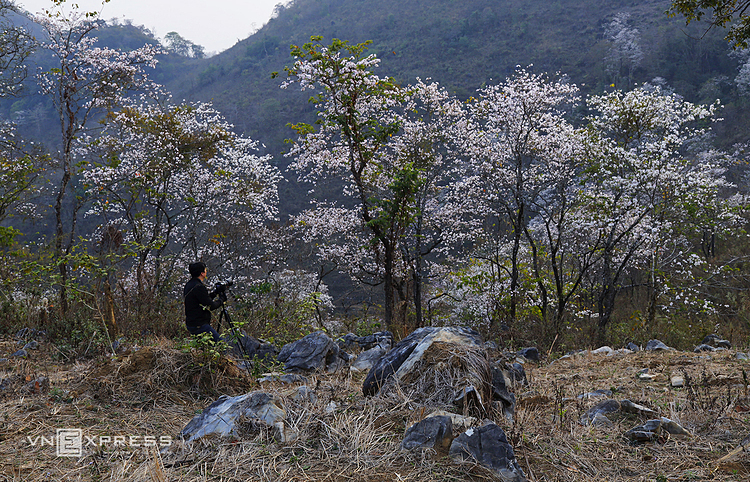 The flowers only bloom once a year, from mid-February to March, inspiring many photographers. 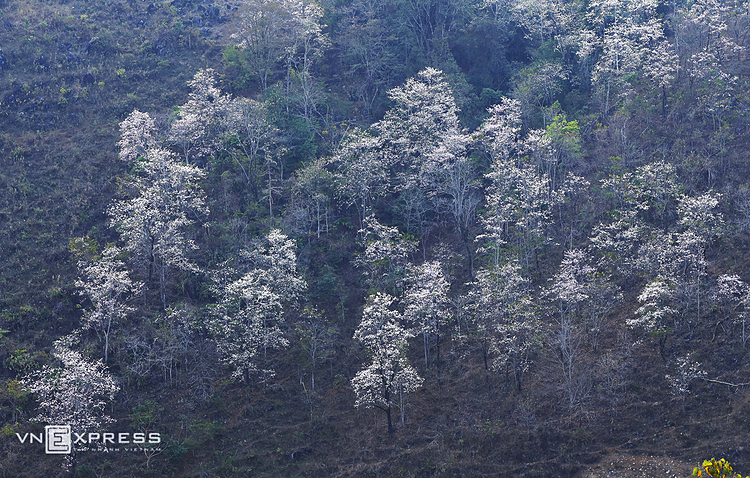 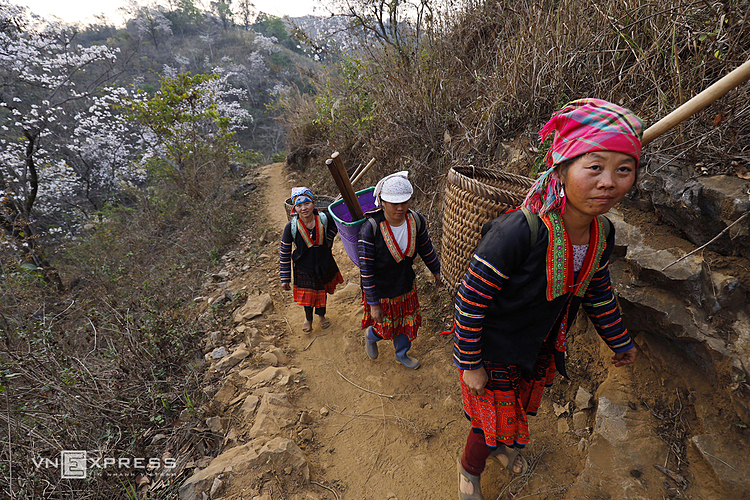 H’Mong women walk on narrow and dangerous mountainous roads surrounded by Bauhinia flowers to go to their fields.

Dien Bien Province, around 500 kilometers to the west of Hanoi, is still a lesser-known destination on Vietnam’s tourism map.

Dien Bien is home to the Dien Bien Phu battle which raged for 56 days before Vietnam’s victory that would spell the end of France’s colonial rule in Indochina and pave the way for Vietnam’s independence. 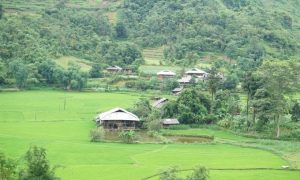 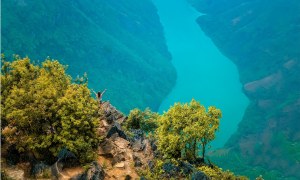